*This publication is intended to be informative only, not to incite any particular action or strategy.*

There are various means to obstruct a deportation, depending on where they are occurring.  Some transfers happen from detention centres, whilst others from community housing or from the department of Immigration and border protection, where some refugees have been scheduled for meetings and then taken to be forcibly transferred.   Actions can take place at any of these sites as well as airports and on flights.

Be prepared: Have a bag packed with needed items such as food, water, medication and a battery pack to keep your phone charged!  Think about other useful things you could bring (first aid, camera, lock ons, etc)

When to make it public: In the past where anti deport actions have been made public DIBP have moved the deportation forward to avoid the action.  It’s best if a small group of people plan the action taking security measures and then alert others through phone trees, social media etc once established.

**One way could be to have Signal group for organising and planning, a group for people on site and a broader group to pool resources and information and people who can be called on to come out.**

-Lock down phone with password and disable reading messages when phone is locked so cops can’t read deport comms. 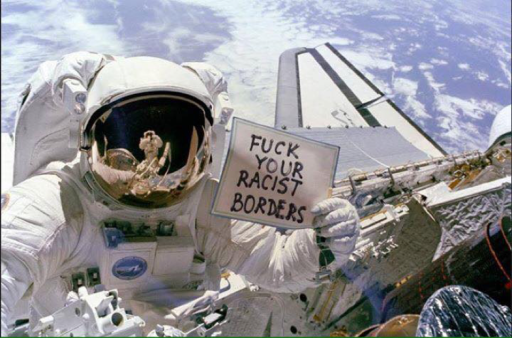 It’s important that strategy is discussed before and during the action and that everyone is clear on the strategy.

Strategies are dependent on location, but may include:

BE CAREFUL- staff have been known to drive straight through protestors.

Lock ons: Make sure to purchase good quality locks as cheap locks and chains are easily broken.  They can however be used to stall the deport.  Thumb locks are cheap and easy to carry on you for quick use, which may allow enough time for others to join the action and block the vehicle.

It’s useful to think about what roles people can take and discuss with each other who is doing what.

Bunnies A bunny is someone who is arrestable. If there’s more than one site (for example MITA has 3 entrances) try and have a bunny at each.  Bunnies will also need a support person to check in with them and ensure they have food and water and are safe.

**Be aware that getting arrested is not an option for everyone and does not display your level of commitment. The justice system and prison industrial complex is a racist one which impacts people differently and most adversely impacts Aboriginal people. **

Legal Someone should be in touch with the detainee’s lawyers

Social Media- Once the action is there and set up, notify people to what’s going on via facebook, twitter, etc.  It’s good to have hashtags planned and a list of groups and handles you want to notify.

Film what’s going on for security purposes and evidence of abusive and dangerous behaviour by police, serco guards, and other employees.

Comms- With so many messages flying around, it could be useful to assign a comms role for someone who is keeping up to date with all messages and relaying important ones where necessary.

Greet new people Greet and talk to new people and share important information.  If there are roles that need to be filled ask them what they would like to do.

MITA has 3 exits, and they have been known to cut the fence too to make another exit.

MITA is undergoing expansion so exit are points subject to change 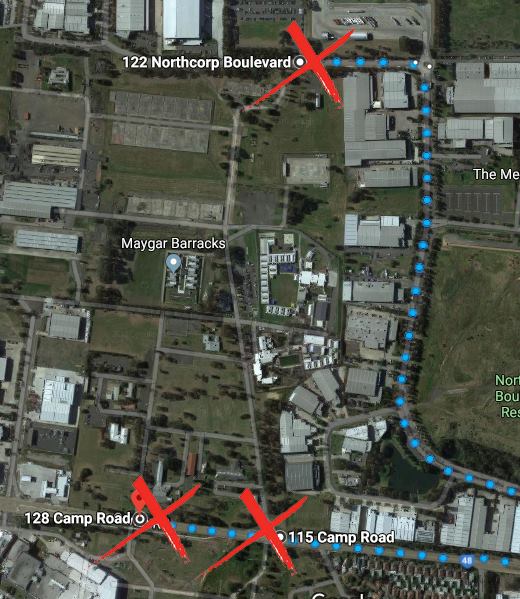 In the case of deportation on public flights it is possible to book someone onto the flight (note that last minute flights are usually expensive).  Before the flight takes off draw attention to the forced deportation occurring on the flight, let passengers know, and alert staff that you will not allow the plane to take off under these conditions.  Refuse to take your seat until the person to be deported is removed.

-Have flyers prepared to distribute to passengers boarding the flight outlining the situation and asking them to take a stand.

Forcible transfers of refugees on flights are usually on Qantas or Virgin Australia flights. Charter flights are also used.  Skytraders is a charter company that is often used and has a large contract with DIBP.

You can visit the facebook page to pressure Qantas against deportations:

Other campaign strategies can range from letter writing, social media, twitter, rallies…etc   Letter writing is something that be done during meetings or actions. If you are writing letters, hand written and personalised letters are more effective.

Case study:  In February 2015 a 25-year-old Tamil man was to be transferred on a Qantas flight from Tullamarine airport to Darwin. One woman bought a ticket to board the plane, and others distributed flyers to the passengers on the plane. The woman refused to take her seat until the Tamil man was removed and was joined in protest by two other passengers on board the plane.  Eventually the Tamil man was taken off the plane, along with the 3 protestors.  He was later informed that he would not be deported in the near future, which allowed him to pursue further legal avenues to stay in Australia.