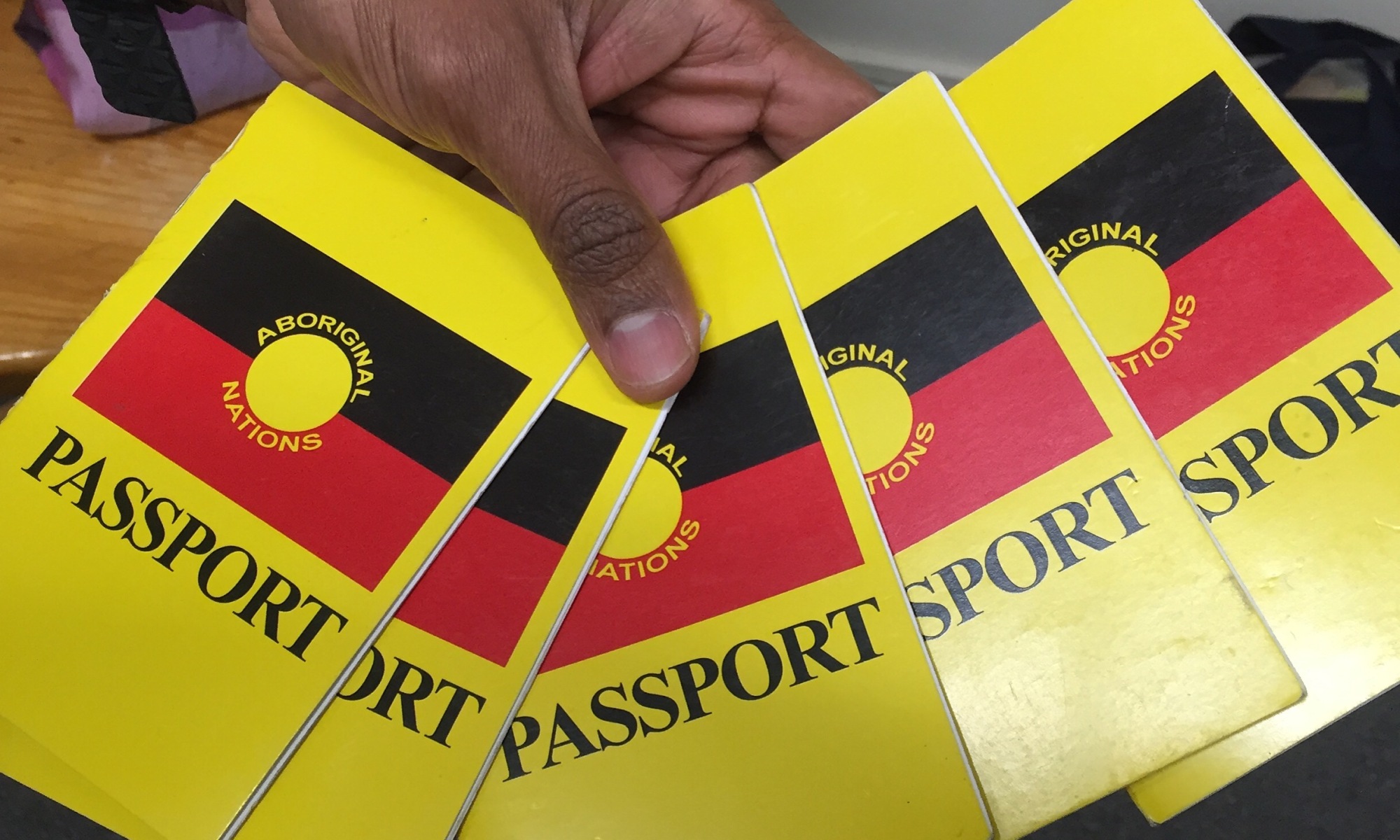 Supporting refugees’ rights should not come at the cost of continuing the dispossession of Indigenous peoples.

Throughout history borders have been arbitrarily drawn to separate nation-states, and these borders have dissected Indigenous lands and divided Indigenous communities.  In Australia, whilst the border encompasses the entire land body, its impact has been equally devastating, imposing on pre-existing boundaries that delineate hundreds of Aboriginal tribes, lands and ancestral customs.

In this settler-colonial state where Indigenous peoples never ceded sovereignty, reparations or treaties have never been made and the impact of colonial dispossession continues, it is important that we consider our demands for the rights of asylum seekers and refugees alongside recognition of ongoing colonisation and being on stolen Indigenous land.

In so doing we can recognise that the organisation of nation states and borders has had devastating impacts on Indigenous peoples. We can work with Indigenous communities and address issues of colonisation, globalisation, neoliberalism, and the ways that these coalesce and intersect in their impact on indigenous peoples and migrants.  We can examine our language and actions and ask if they unintentionally demean Aboriginal sovereignty and reinforce colonial structures.  For example, slogans such as ‘we are all boat people’ makes completely invisible the Indigenous nations of this land.  We could think about what it means to say refugees are welcome.’ For while this undermines Australia’s abhorrent treatment of asylum seekers, it can reproduce problematic structures around agency and ownership.  One would usually welcome someone to a space where a greater sense of ownership and belonging is experienced, such as welcoming someone into your home.  Applying this to welcoming refugees into a country assumes a sense of ownership of the land.

There are many ways that we can be involved in migrant justice campaigns and support Indigenous sovereignty.  A powerful example of this has been the issuing of Aboriginal passports to asylum seekers.  During one such occasion, Uncle Robbie Thorpe (Gunnai/Gunditjmara) said: “The Australian government has no legitimate right to grant or refuse entry in this country… We are issuing passports to these men because it’s what any reasonable, humane society would do.”

Sanction Australia from participating in international refugee humanitarian decision making and human rights forums until The End of Mandatory Detention, The End of Refoulement and The End of Refugee Boat Turn back policies.

Australia’s unrelenting devotion to its politics of deterrence, built on the foundations of White Australia policy, racism and imprisonment demonstrates to us that this country is one that not only allows refugees to be used as political leverage, but applauds its on-going mistreatment of asylum seekers and refugees. There is an extraordinary lack of transparency surrounding detention centres globally, with Australia becoming a well established leader of institutionalised torture and inhumane operations. Our suffering is not happenstance but is in fact the direct manifestation and primary objective of consecutive government’s’ “tough on boats” policies.